How to Improve your DEI Recruitment Strategy

How to Improve your DEI Recruitment Strategy 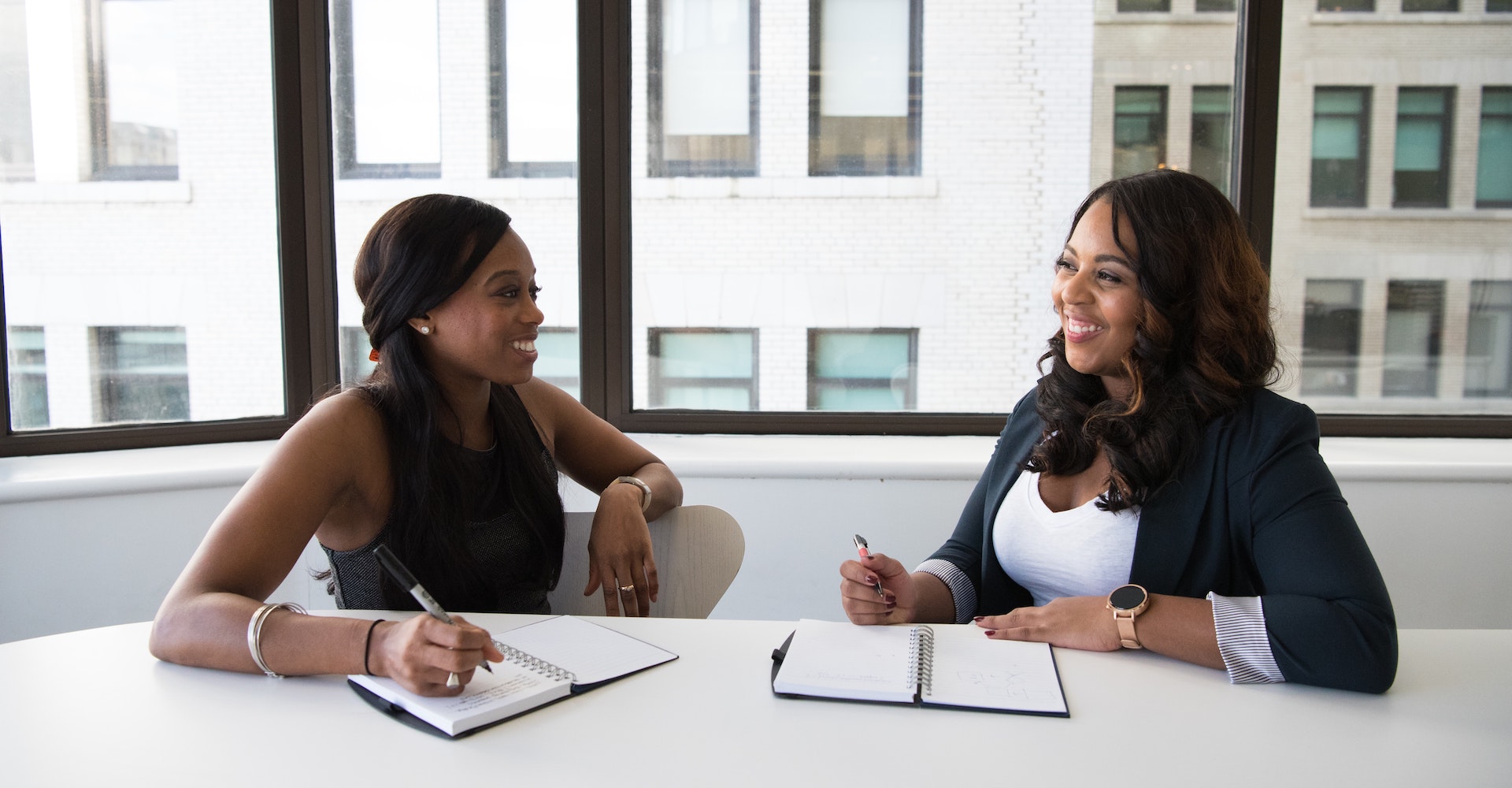 Despite the fact that many companies desire to hire more underrepresented talent, when it comes to actually putting it into practice, those who are able to do so seem few and far between. If you’ve been following my previous series of articles, you’ll know that we have been addressing retaining diverse talent as a first step toward better representation and higher company performance. In this series, we will examine how to improve the recruitment process.

The Problem with Current Recruitment Practices

In my work as a Diversity, Equity, and Inclusion (DEI) practitioner, I have noticed that lack of representation often occurs in the upper-level positions where the power is held. Companies generally have no qualms about hiring underrepresented talent for lower-level positions, but something happens as you move up. For director and above positions, minorities aren’t hired as often, aren’t interviewed as often, and aren’t shortlisted as often. Implicit biases within HR and among hiring managers often exacerbate the status quo and HR departments are typically reticent to change these patterns of behavior. Along with biases, many decision-makers have false narratives about underrepresented talent; including the commonly held belief that advancing DEI recruitment practices means settling for subpar talent. Even among organizations with representational slating requirements, underrepresented talent may get an interview just to check off the box but not actually have a chance at being hired.

A Better Way to Recruit

How can companies improve their recruitment practices so that the impact of implicit biases is minimized, especially in higher-level positions? I believe the key is empowering hiring managers and HR leaders to do the right thing through two programs: relationships/education and processes.

First, educate decision-makers on how they can participate in advancing the company’s DEI goals. Many companies require employees to take a course to examine their own implicit biases, but a one-time course isn’t effective. Instead, leading companies hire coaches that work with HR leaders, recruiters, and hiring managers. The establishment of coaching relationships allows for long-term impact on core beliefs and habits. One of the primary drivers for behavior change is the enlightenment of a person’s worldview, and that is most effectively accomplished through trusted relationships. To supplement these relationships, companies should also provide regular, spaced learning that reinforces the aspirational goals and values of the company. These practices also benefit retaining and growing a competitive workforce.

Second, training needs to be supplemented with protocols and standard hiring procedures. Provide guidelines and checklists for hiring managers so they are free to approach candidates with more objectivity. Develop toolkits on how to write job descriptions, interview do’s and don’ts, and integrating diverse panel interviewers and blind feedback. This guides and empowers hiring managers and in the process, they have less opportunity to make decisions based on their feelings and prejudices. Procedures create habits, and habits create culture, but this takes time. The rest of this article is about systems and processes to counter bias, but before we jump in, let’s step back to explore the neuroscience of why this is so difficult to do.

Implicit bias stems from how our brains are wired. Historically, when we were hunter-gatherers, our survival depended on sticking with people who looked and smelled similar to us [1]. However, in today’s age, we no longer need to adhere to that way of thinking. We can retrain our brains to see people who look different to us not as threats but as allies. Acting upon these biases isn’t so much a flaw as it is an outdated way of operating. Thinking about it this way may help remove any stigma or shame related to admitting that we all have it, which allows us to actually address it.

One of the best resources I’ve come across in identifying implicit bias is the Implicit Association Test by Harvard. Requiring leaders to complete this inventory for themselves is a good way to reveal one’s own implicit biases. Once implicit bias is understood, systems can be put in place to counter these biases.

Systems to Counter Implicit Bias in the Hiring Process

Here are several measures that can be implemented to aid in a more equitable hiring process:

To make things easier for the hiring manager, it’s helpful to have guidelines and checklists in place. Offer training in how to write objective job descriptions that list types of projects and focus on experience rather than traits. Put less emphasis on job qualifications in the job description and emphasize job responsibilities instead. For example, instead of looking for candidates who attended a ‘top’ university (which historically would require a candidate to have a certain amount of privilege), write out a list of responsibilities that demonstrate what the person is able to do.

Train hiring managers to conduct interviews that are more objective and focus on competence rather than pedigree. Don’t ask questions regarding family, spouse, age, sexual orientation, or any protected class status. Don’t focus on the names of past educational institutions or workplaces. Focus instead on past projects and successes and how those might translate into this new role. Use behavioral interview questions (STAR). Ask about hobbies and their life outside of work and highlight your company’s DEI efforts and programs.

Work with HR to build panel interviews into all hiring processes, ensuring that the panels are comprised of diverse talent. Have the panel interviews focus on objective core competencies including inclusive working style as part of the hiring cycle. Equip interviewers with the job description, scorecard, and how to evaluate a candidate against the scorecard, beforehand.

Having a diverse panel of interviewers not only demonstrates diversity to the candidate, but also provides a wider balance and perspective to the quality of the candidate. To further reduce group-think, as well as any biases a hiring manager may harbor toward certain interviewers, have the interviewers fill out the interview impression matrix independently and submit it to the recruiter, to pass along to the hiring manager anonymously. Implementing a blind feedback process for the interviews helps to preserve objectivity in the hiring process.

As these policies and procedures take root, each behavior and action can change the company’s culture for the better. It might begin with a handful of hiring managers – but as other managers observe the success of these practices, they become more popular until they become common practice.

Volvo Group is a good example of a company that is shifting its culture. As one of over fifty leading European companies that have signed on to the #EmbraceDifference commitment, Volvo Group has taken a pledge to “welcome a full range of talents from across the entire spectrum of society,” acknowledging that diversity is about more than gender, race, sexual orientation, and disability [2]. Their Executive Vice President of HR, Diana Niu (a woman of Asian descent), explains their commitment to gender equality as “not only because it is ‘fair’ and ‘the right thing to do,’ but because it is essential for our business performance… Ensuring an inclusive culture and a diverse workforce will have a positive impact on our productivity, our efficiency, and our ability to innovate.”

Jose Claro Melo, a blind operator at the Volvo Group Brazil who uses his advanced sense of touch to find imperfections in paint and bodywork, shares his experience: “They told me they were having trouble finding defects and they asked me to try it out and I did. Blind people are often restricted in job opportunities but at the Volvo Group I have gained widespread respect. This work has made me an example for other blind people.” Diversity in a company begins with inclusion. When people are seen for their unique strengths and abilities and welcomed for who they are, everyone benefits.

Shifting the culture of a company may feel like a herculean task that requires both time and intention. And, to be honest, it is! But by examining current hiring practices and implementing training, standards, and procedures that minimize the impact of implicit bias, companies can increase the chances of actually recruiting the best candidates for the jobs. And changing this core belief will fundamentally shift the way people recruit.